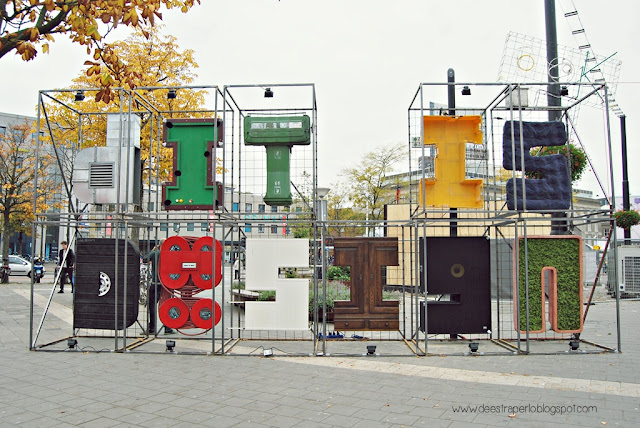 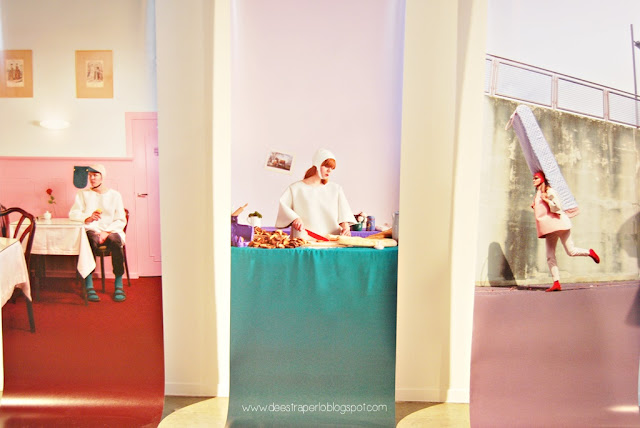 A room dividing hat that comes from the movie 'Brazil'; a breadknife that cuts and toast simultaneously, originating fron 'The Hitchhiker's Guide to the Galaxy'; and a bottomless bag that belongs to 'Mary Poppins'. Daniela Treija has translated these imaginary inventions from books and films into real-life designs. And these are only three examples that she has worked out, from a total of 83 sketches in her inspirational guidebook 'Forms Follow Fiction'. "Throughout history there have been numerous cases of narrative predictions influencing the design industry", says Daniela. With this book she wants to revive design fiction as a tool of innovation. 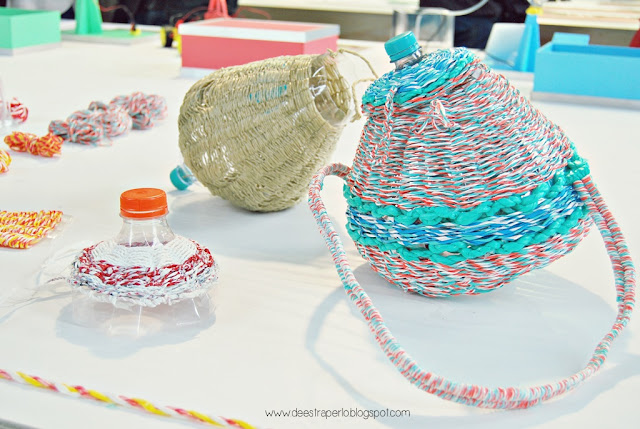 After a trip to Tanzania as part of this project, this group of students realised the region  has a big problem with waste, especially plastic. Their plastic recycling unit offers an opportunity to create raw material from waste. Raw is made from plastic by a set of machines connected on E.ON electricity. One is a bottle cutter, the second is a rope maker. The comunal business involves locals of all age groups: children pick plastic and grownups do the wickering and sell the resulting products. The end product is now a container but this can be varied according to demand. Options includes bags, objects and fashion items. 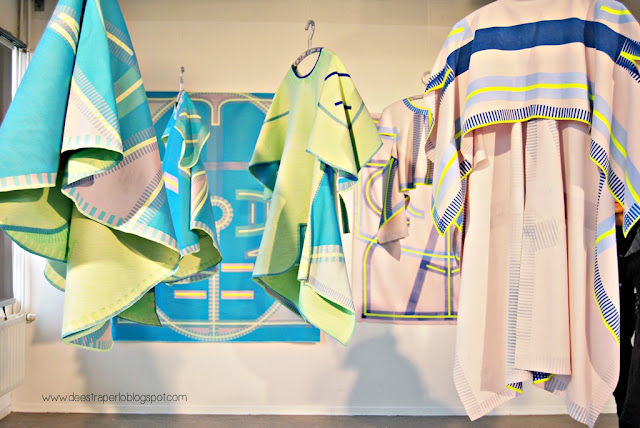 This colorful piece of textile easily transform into a coat of your choosing, All you need is a pair of scissors. Vera de POnt has eliminated the time-consuming sewing process with five designs that pop into shape when you put them on - no seams needed. Simply cut out the pattern of your coat is ready to wear. The use f melting yarn prevents the fabric from fraying. There's a silkscreened and a woven version, the latter even has doubled-sided patterns. Take your pick, cut out your coat and make a new fashion statement! 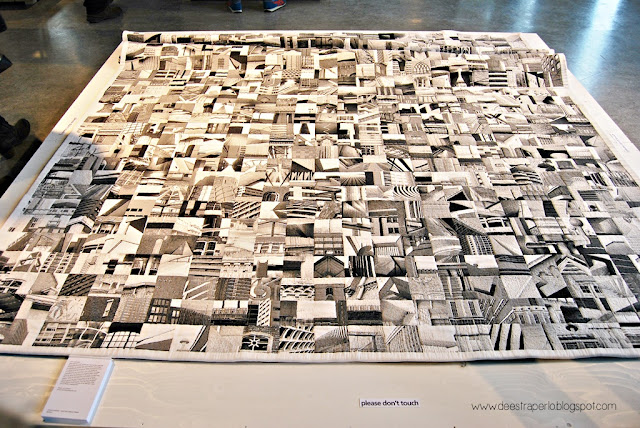 What defines a city? Jeroen van Oirschot has captured the architectural typology of Eindhoven, Utrecht and Rotterdam on camera. But instead of prominent icons, he photographed thousands of small details as he walked from the centre to the outskirts. A collage of snapshopts from each city presents three overall impressions. For Eindhoven he has gone the extra mile, weaving seven hundred black-and-white pictures into a carpet. At first sight it seems to be an abstract pattern, but if you take a closer look you'll recognize distinct pieces of Eindhoven: from the ceiling of the Centraal Station to the staircase at De Effenaar or the roof of Philip's headquarters. 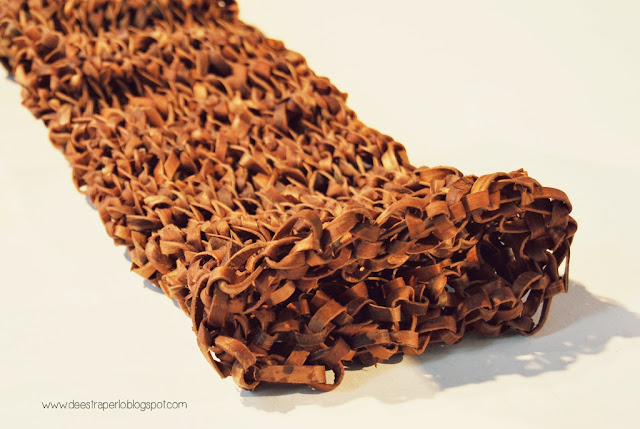 The most abundant tree in Latvia is the pine tree. In fact, there are 500 times more pine trees than there are people living in the country, an interesting fact for a designer to consider. What does it mean to share a territory with so many trees? What would it happen if this abundance could be divided as a resource equally for every Latvian? This project focuses in the relationship between humans and trees beyond the limited economic view of trees as commodities. The design shows different applications while considering their environmental implications. The goal is to strike a balance between reality and fiction, to suggest that new realities are ready to emerge beyond the current, limited way of regarding trees. This narrative is represented by a series of objects, organized in seasonal contexts and limited by using the material from a single tree. 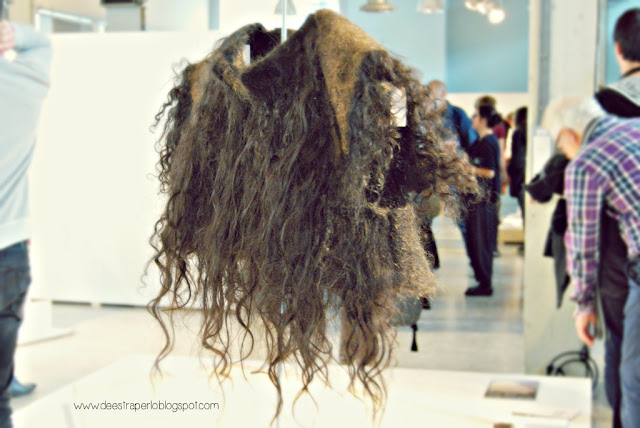 This project offers hair as a platform for understanding, as a medium to talk about diversity and how it is essential to address the subject of democracy and equality in society. You can say we are in time of crisis, in which intolerance and prejudices can begin with judgment of one's natural hair qualities, or style. Although human hair's original state is characterized by diverse textures and colours, our idea of it has been steadily standarized by the beauty industry, media and social conventions. Hair is shaped to be a social indicator between individuals to communicate their status and cultural affiliations. It can also be thought of as a vector through which individuals fight time passing: concealing the onset if greyness or thinnes, hiding their heritage, or even rebelling against globalized notions of acceptability and beauty. I have tried to find specific techniques and scenarios for every hair type by creating designs where all hair types are wanted and needed for their specificity and structural qualities. 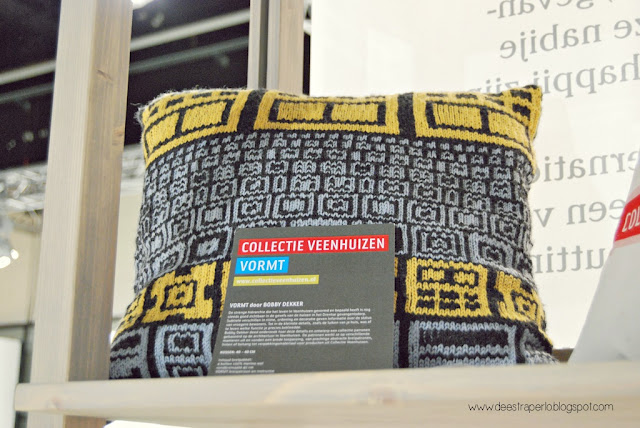 The strict hierarchy that dominated life in Veenhuizen is still visible on the prison village facades. Subtle differences in rhythm, design and decoration provide information about the social sstatus of the former inhabitants. 'Vormt' (Dutch for shapes) is a visual alphabet that uses a collection of symbols inspired by the urban environment of Veenhuizen to create various patterns. The stories that have arisen here are interwoven in these patterns. Rather than a static system, Vormt simply suggests an abstract visual identity of an environment. The multiple possibilities within the patterns allow for uniformity as well as unicity. 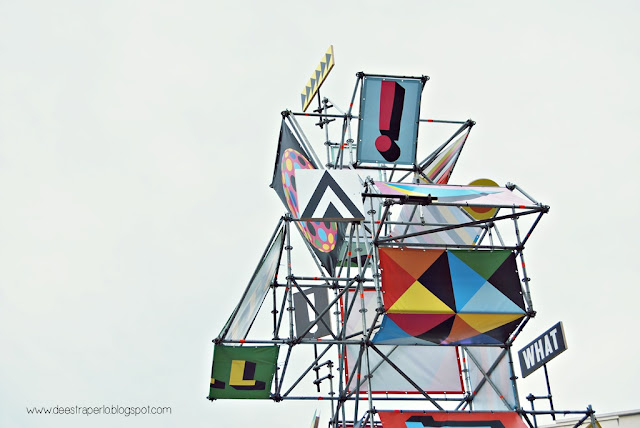 Email ThisBlogThis!Share to TwitterShare to FacebookShare to Pinterest
Etiquetas: Trips from Amsterdam 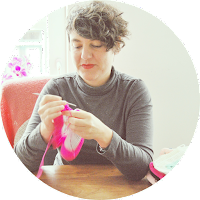 I like contrasts.
Old and new, black and white, red and green, tragedy and comedy...
That's why I make toys for grown-ups. 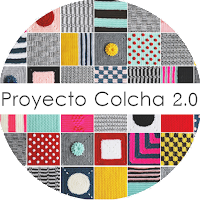 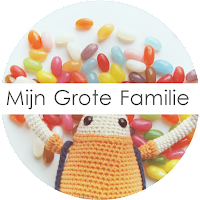 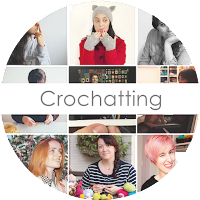 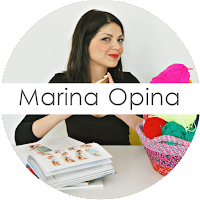 ...looking for a crochet book? She knows about it... 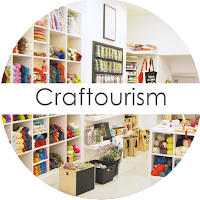 ...the cutest yarn and crafts shop around the world... 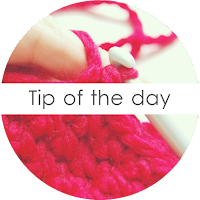 ...your existential crochet questions and suggestions... 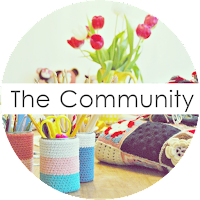